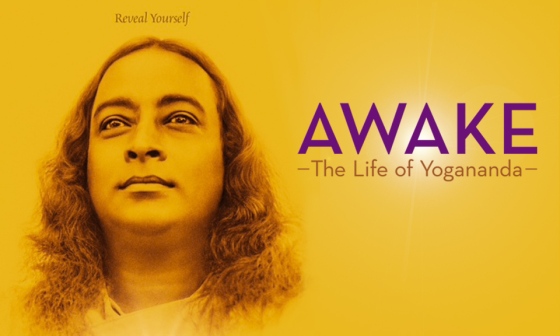 Join the Yoga Path staff for the studio’s first ever movie night next Saturday, July 23 from 6:00-8:00. They will be showing AWAKE- The Life of Yogananda with snacks and drinks provided.

AWAKE: The Life of Yogananda is an unconventional biography about the Hindu Swami who brought yoga and meditation to the West in the 1920s. Paramahansa Yogananda authored the spiritual classic “Autobiography of a Yogi,” which has sold millions of copies worldwide and is a go-to book for seekers, philosophers and yoga enthusiasts today. (Apparently, it was the only book that Steve Jobs had on his iPad.) By personalizing his own quest for enlightenment and sharing his struggles along the path, Yogananda made ancient Vedic teachings accessible to a modern audience, attracting many followers and inspiring the millions who practice yoga today.